Aim:
Pseudoaneurysm of the cystic artery is rare, two third of the cases are iatrogenic, the remaining third includes trauma, malignancies, inflammation and A-V malformations either congenital or acquired.
In this study we are presenting a case of non traumatic cystic artery pseudoaneurysm secondary to acute calcular cholecystitis presenting as upper GI bleed managed by minimally invasive. To our knowledge there are only twelve cases reported in English written literature of haemobilia secondary to acute or chronic cholecystitis.

Method:
We presented a case of 71 year old gentleman who is known to have gallstones recently discharged from the hospital with a diagnosis of acute cholecystitis, he had a past medical history of myocardial infarction and pulmonary embolism and his list of medications include warfarin. He presented as emergency with melaena, dizziness, haemodynamic instability. Haemobilia confirmed radiological and endoscopic examination.

Results:
Initially a gastroscopy revealed no source of an upper GI haemorrhage but the stomach wall was noted to have indentation suggestive of external compression. Subsequently contrast CT demonstrated a fluid filled defect most likely spontaneous intrahepatic haematoma and that it was indeed pressing on the stomach. Haematoma had shown an increase on size compared to a previous CT he had one month previously. Again there were gallstones noted to be present.

Patient continued to have massive melaena and hemodynamic instability, urgent CT angiography demonstrated cystic artery pseudoaneurysm and active bleeding into the gallbladder, but was reported not suitable for angiophraphic embolisation.

ERCP confirmed the diagnosis of haemobilia and a stent was inserted. Subsequently a laparoscopic cholecystectomy was attempted by laparoscopic biliary surgeon but the procedure was abandoned due to dense adhesions and it was impossible to proceed. The patient successfully had radiological transcatheter arterial embolisation of the cystic artery using a coil. Melaena subsided, haemodynamic status improved and he was discharged home.

Conclusion:
Haemobilia associated with pseudoaneurysm of the cystic artery is a rare complication of calcular cholecystitis that was successfully managed by ERCP stenting of the common bile duct and radiological transarterial embolisation. More cases required to be reported to help in establishing the guidelines for management of haemobilia however due to rarity of this condition, case reporting will continue to be the main guidance. 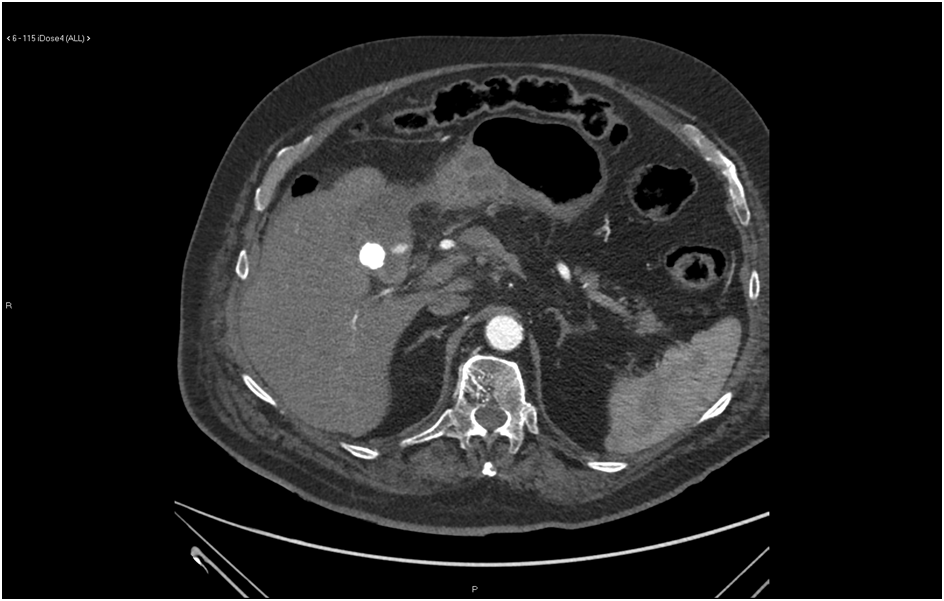 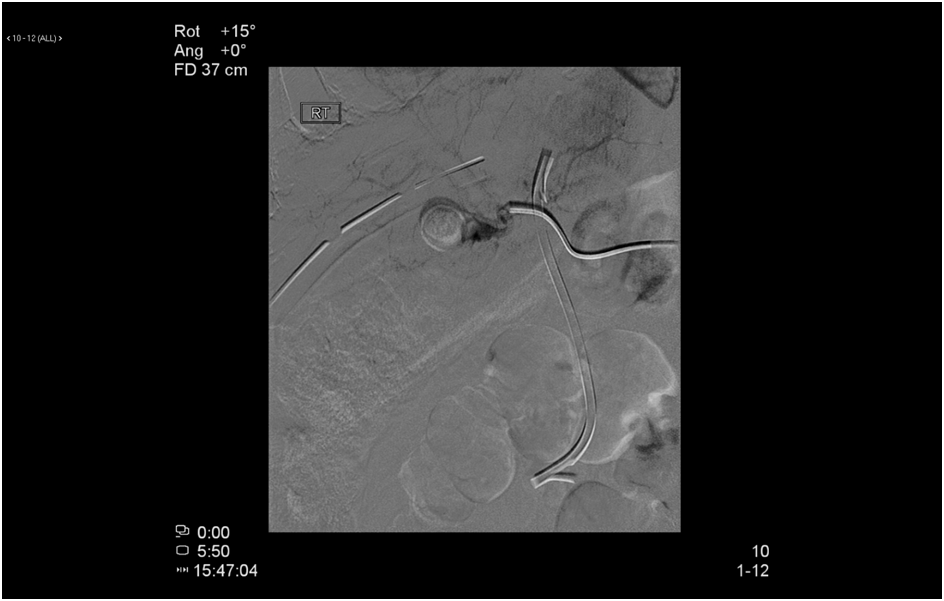 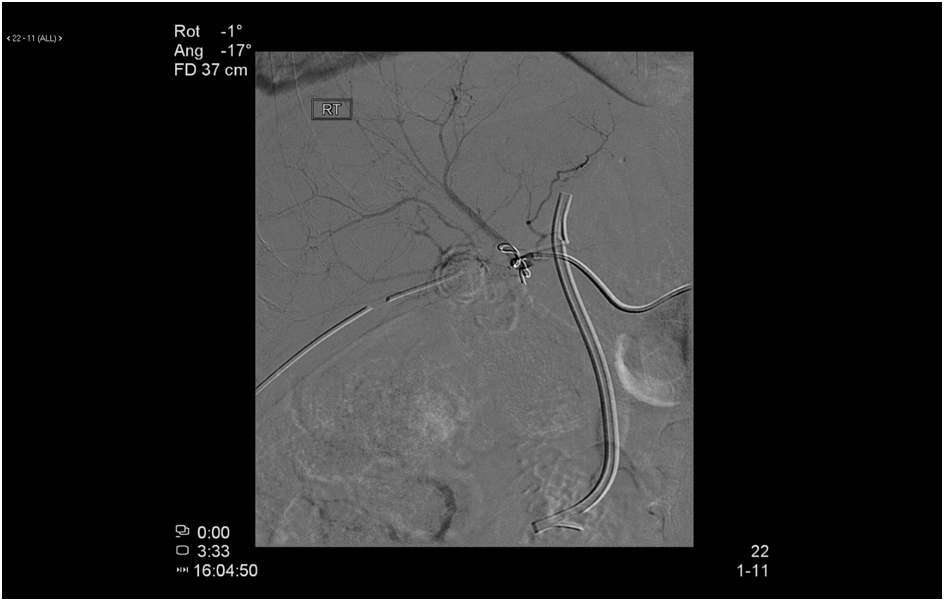 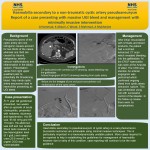