Susrutha (800 BC) is a legendary scholar of Indian surgical science and founding father of ancient surgery. 2600 years ago, Susrutha together with his colleagues had conducted a variety of complex surgeries such as caesareans, artificial limbs, cataract, urinary stones, fractures and most specially the plastic surgery. This treatise was later named as the Susrutha samhita, a well known ancient surgical sciences of India. His great findings have been an essential component of Indian culture.

The father of Susrutha samhita was the first person who had classified the surgical operations and explained the plastic surgery as well as its tools in his book of 120 chapters in 5 parts. He had described around 8 special operations for surgery, such as cutting, piercing, opening, scratching, inserting and stitching. He had excelled as both the practitioner and the teacher of surgery. His contribution towards the Indian traditional medicine in the ancient cultural heritage of India will always be precious. Susrutha samhita is the key reference book for all the Ayurvedic surgeons in India.

The Susrutha samhita has 2 parts, first one is known as Purva tantra( have 5 sections ) and second one is known as Uttara tantra. These two parts together cover all other specialities such as the Medicine, Geriatrics, Paediatrics, E.N.T. & Ophthalmology, Aphrodisiacs, Toxicology and Psychiatry. Hence, the Susrutha samhita is an encyclopaedia of the medical learning for doctors with special importance on the Shalya (General surgery) and Shalakya (E.N.T. & Ophthalmology). He had described all the basic principles of plastic surgery by offering a set of preoperative procedures. The technique of the release of the skin in order to cover all the small defects, rotation of the flaps to heal the partial loss and the pedicle flaps to cover the entire loss of the skin from an area are well described by him. He has given various other methods together with the rotation graft, sliding graft, pedicle graft, rhinoplasty, labioplasty and others in his treatise. Thus, Susrutha is considered as the “Father of plastic surgery”.

An attempt in this paper was made to elaborate of his teachings on anatomy, pathophysiology and therapeutic strategies were mentioned, especially considering the unparalleled surgical procedures of nasal reconstruction, rhinoplasty, labioplasty and others, which are still creative and upholds the basic fundamental principles of plastic surgery, which are proven documents of truth even today. 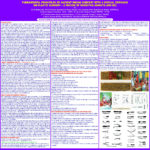