Fluorescence Imaging Is a Useful Adjunct in Liver Resections

Our objective was to evaluate the use of indocyanine green and fluorescence imaging to identify the liver segmental anatomy, portal anatomy, and bile leaks during liver resections.

Description of the technology and methods of use:

Indocyanine green (ICG) has two properties that potentially make it useful in hepatobiliary surgery. First when injected intravascularly indocyanine green is metabolized by the liver and excreted in the bile and second when illuminated with near infrared light it fluoresces. Utilizing these properties we conducted a clinical study evaluating the use of ICG and the PINPOINT Endoscopic Fluorescence Imaging System in hepatobiliary surgery. 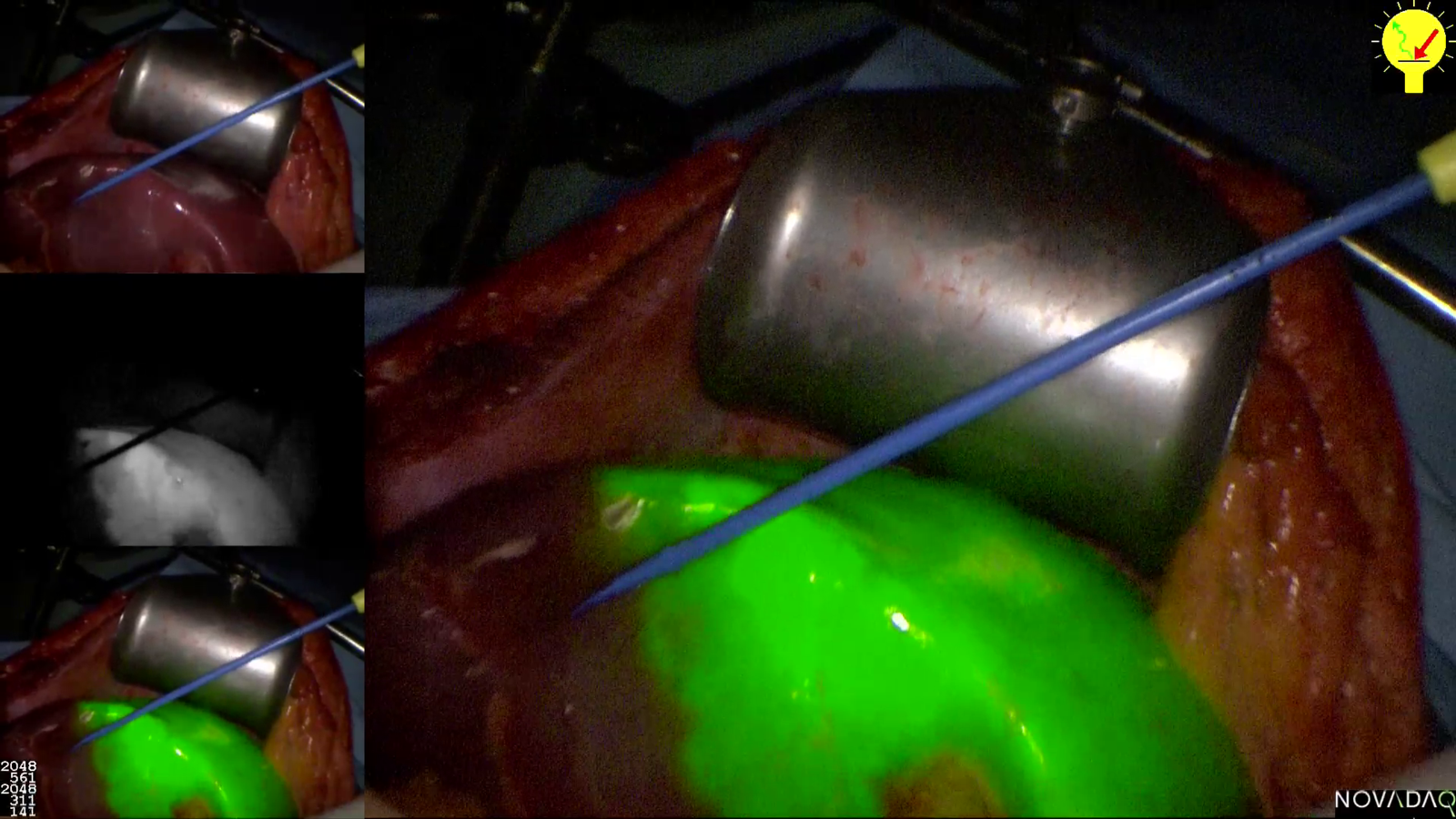 The technology is useful in cases where the vascular inflow is ligated prior to significant parenchymal transection, primarily formal right and left hepatectomies. The biggest advantage is in the accurate identification of the vascular anatomy. In addition, the ability to visualize the demarcation between the liver segments throughout the case ensures that the transection does not involve perfused liver and that a significant amount of unperfused liver is not left behind.