INTRODUCTION:
An adequate identification of the cystic duct – common bile duct (CBD) junction is the main surgical landmark in gallbladder surgeries. Bile duct injury (BDI) is a rare but serious complication of laparoscopic cholecystectomy, with an incidence about 0.3-0.7%. To reduce the risk of BDI during cholecystectomy the intraoperative cholangiography (IOC) is done in many centers, with some advantages, but some has some disadvantages related to the technique.
In the last years, Indocyanine green (ICG) has been used as a fluorescent agent by means the near-infrared light (NIR) technique to visualize blood flow and related tissue perfusion. ICG is a synthetic anion, administered intravenously and excreted exclusively into the bile. During its excretion ICG emits light when illuminated with NIR, obtaining the fluorescence imaging. This imaging has the advantage to identify biliary anatomy even before starting the surgical dissection of the gallbladder hilum, without imposing an additional risk to the patient.

METHODS AND PROCEDURES:
From July, 26th until September, 20th 2011, all the patients undergoing a robotic cholecystectomy were included in this study. Exclusion criteria were patients 16 years old or less, and to have a proved allergy to contrast iodide. Seven different surgical biliary landmarks were analyzed for the fluorescence visualization, and most importantly the cystic duct-CBD junction. Biliary anomalies also were analyzed. The liver function was assessed to correlate with the ICG biliary excretion.

RESULTS:
During this period, 25 robotic cholecystectomies using the NIR technique have been performed in our center. The period range from the intravenous injection of ICG until the first NIR visualization varies from 20 minutes, up to more than 6 hours. In all but 2 cases there was a positive visualization of the junction between the cystic duct and the common bile duct. Three biliary anomalies were detected. Two of them consisting in right aberrant canaliculus from segment VI to the CHD in both cases, and in another case it was an anterior implantation of the cystic duct in the CBD.

CONCLUSION:
Fluorescence during Robotic Surgery, as part of a new generation of real time implemented imaging, it is a very promising development.
The identification of the cystic duct junction in particular can contribute to make the cholecystectomy safer in minimally-invasive biliary surgery. 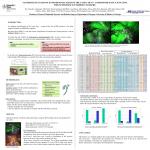