A 48-year-old male with history of HCV cirrhosis, complicated by recurrent bleeding esophageal varices, presented to an outside hospital after a day of hematemesis and was found to have a hemoglobin of 5.9. He underwent variceal banding, however he continued to have hematemesis and underwent subsequent SB tube placement. He was then transferred to our center where the tube was found to be proximally displaced. An EGD showed adherent clots from 30 cm from incisors to 43 cm. Soon after EGD he developed hypotension and hypoxia and was found to have hemopneumothorax of the left lung and a chest tube was placed. He later underwent video-assisted thoracoscopic surgery and was found to have a large esophageal perforation surrounded by necrotic tissue that was not amendable to surgical repair. Percutaneous gastrostomy and jejunostomy tubes, and a Blake drain positioned posteriorly to the esophagus were placed. GI was consulted intra-operatively and esophageal stenting was performed. He required repeat EGD on post operative days 5 and 11 due to increased mediastinal drain output. Additional esophageal stents were placed on each EGD and he continued jejunostomy tube feeding. He had resolution of his esophageal perforation on repeat esophagram on postoperative day 35 and esophageal stents were removed on day 49. 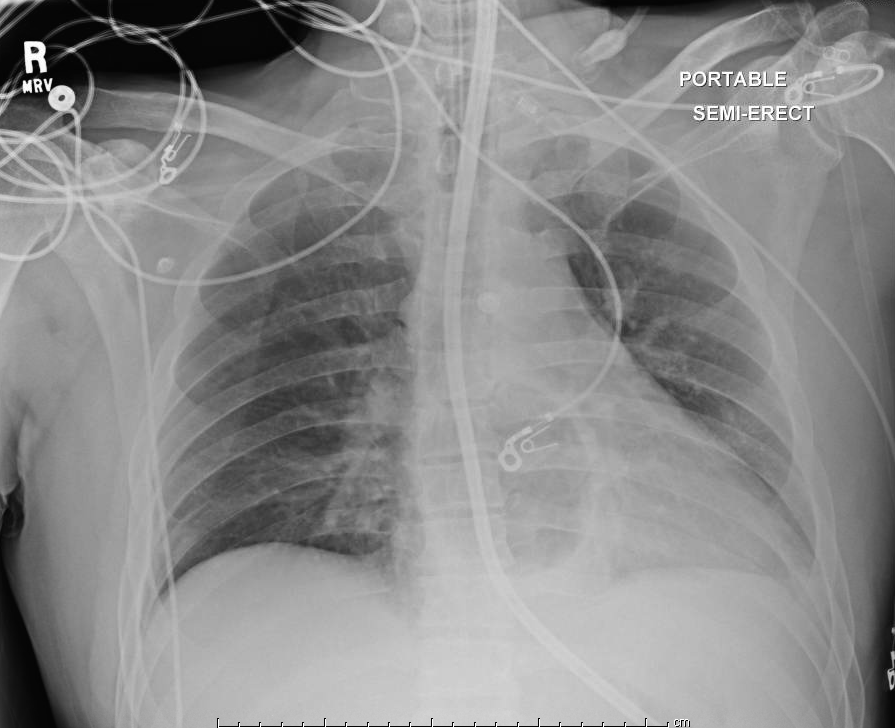 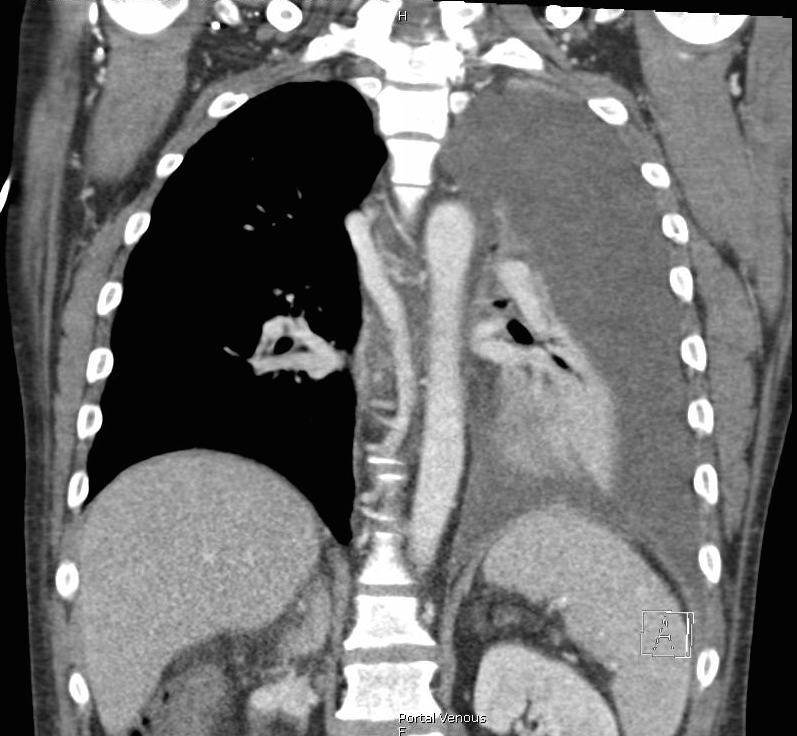 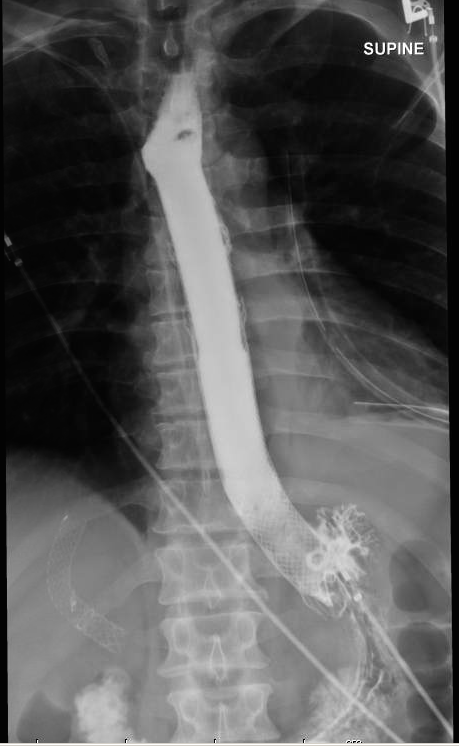