Method
A prototype ESD device which consisted of a mobile insulated polo outside a needle was developed (Pentax Co Ltd, Japan)(Figure 1). The design intended to allow both forward and backward dissection, with forward dissection using the end-needle while the backward dissection will be achieved when the end becomes insulated using the mobile polo. Ten 30kg porcine models were recruited for the animal study. Under general anesthesia, gastric ESD were performed by randomly using either the new device or conventional IT knife. In one pig, two different site of the stomach were selected including the antrum and cardia, and side-by-side ESD will be performed with these two knives. The size of the lesion was defined as 3cm measured by an endoscopic ruler. After completion of the ESD, the pigs were allowed to resume normal diet and observe for complications.

Conclusions
The performance of gastric ESD using this new device achieved similar technical and clinical outcomes when compared to IT knife. This new device has the advantage of bi-directional dissection during ESD. 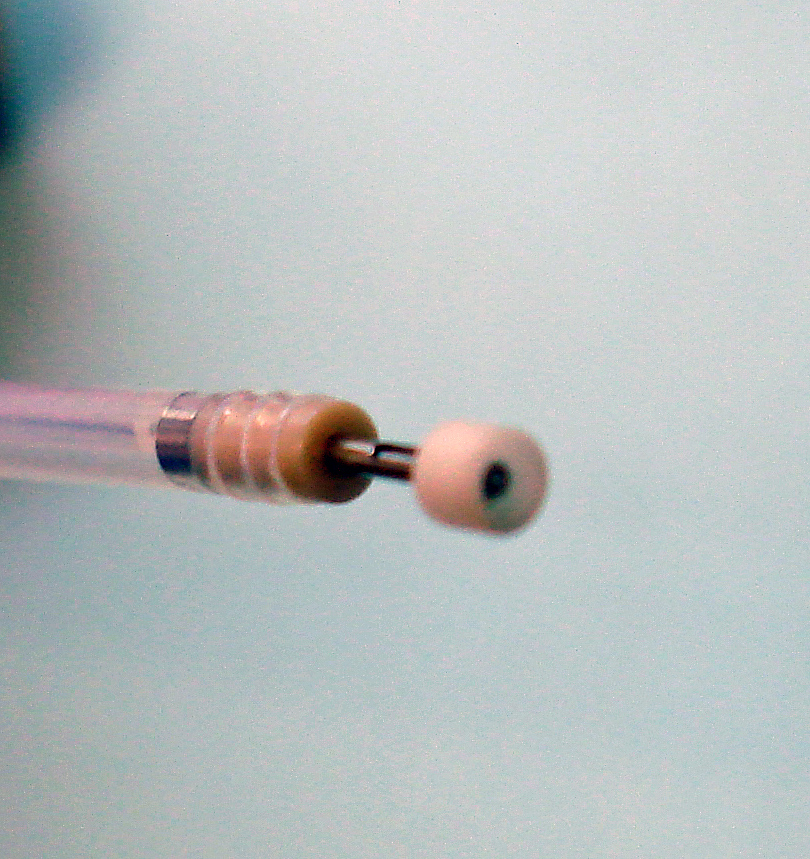 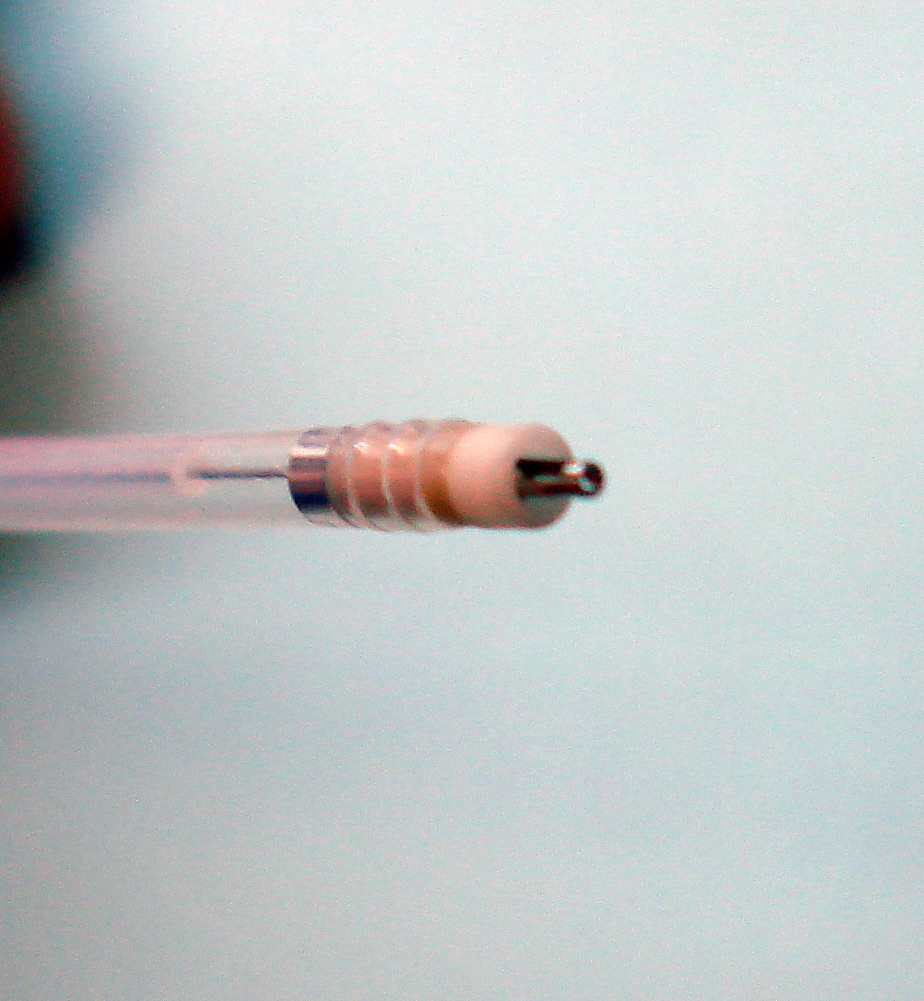 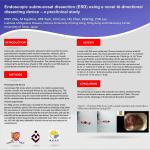