Endoscopic Management with an Over-The-Scope-Clip (OTSC) Bear Claw Clip of a late leak after Sleeve Gastrectomy: A Case Report.

Introduction
Laparoscopic Sleeve Gastrectomy (LSG) has recently become one of the more popular bariatric procedures. One of the most devastating complications after LSG is a leak, which is reported to occur in about 2.7% of patients. Most of the time these leaks present in the early postoperative period, but there are increasing reports of these leaks occurring months or even years after the initial surgery. Management of these leaks includes: conservative management with or without percutaneous drains, reoperation, or increasingly an endoscopic intervention. We present a case of an OTSC “Bear Claw Clip” that was used to close a late leak after LSG.

Case Presentation
The patient was a 39-year-old female 5’1 inches tall, weighing 241.3 lbs (BMI 40.2 kg/m2) who underwent a LSG for morbid obesity. The LSG was started 8 cm from the pylorus and created over a 42 French bougie. The first 2 stapler applications were with a 4.1mm load with bovine reinforcement and the remaining applications were with 3.5 mm staple loads also with bovine reinforcement. A routine esophagram performed the morning after surgery showed no leak (Fig. 1). She was discharged home and did well post surgery losing 46.2 pounds in 2 months (EBWL 42%). However, at 10 weeks post surgery she was admitted for severe abdominal pain and the inability to tolerate liquids. She underwent both a CT scan (Figs. 2 and 3) and a contrast esophagram (Fig 4). These demonstrated a leak from the proximal as well as the distal staple lines. She exhibited no signs of sepsis and so she was initially treated conservatively. Within 2 weeks the distal leak closed and the proximal leak was a quarter of its original size (Fig 5). She was therefore discharged home on a clear liquid diet. Two weeks after discharge she returned with severe recurrent epigastric pain and a repeat esophagram showed an interval increase in the size of the proximal perigastric collection/leak (Fig 6). At this point plans were made for an interventional gastroenterologist at an outside institution to perform an endoscopy and possible stent or clip to control this persistent leak. She subsequently underwent a combined endoscopic and fluoroscopic procedure and an Over-the-Scope-Clip (OTSC) was applied to the opening seen in the gastric lumen (Figs 7,8,9 and 10). Six months after surgery and 3 months after the endoscopic clip placement she was pain free and eating without difficulty. She weighed 151.5 lbs with a BMI of 28.6 kg/m2 (EBWL 82%). A follow-up esophagram failed to reveal any leak (Fig. 11).

Conclusion
Late leaks after LSG are being reported more frequently. When conservative measures fail to control a leak we suggest considering OTSC placement for leaks or perigastric collections that emanate from small openings, as an alternative to more aggressive and more morbid interventions. 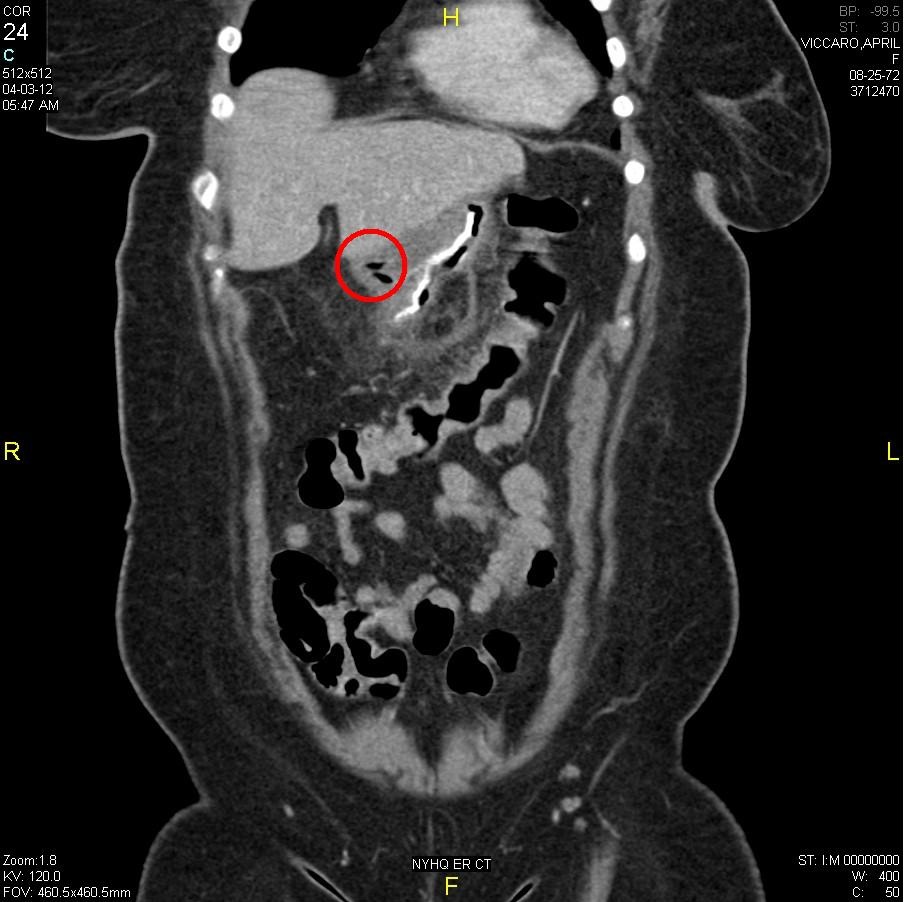 Fig4Esophagram with proximal and distal leak

Fig9OTSC on place closing the leak 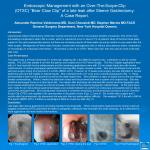