Our study looked at the feasibility of healing a large leak from within an esophagogastric anastomosis utilizing an endoluminal negative pressure device (endoluminal wound vac) in a swine Ivor-Lewis model.  The device was designed to prevent the formation of anastomotic leaks in high-risk patients as well as heal leaks which had already formed.  This would in turn reduce leak-related morbidity such as mediastinitis, prolonged sepsis and subsequent respiratory failure.  Our secondary endpoint was to evaluate the mucosal integrity and inflammation at the leak site following device placement, which if present could possibly lead to future complications.

Description of the technology and method of its use and application

The device was constructed utilizing a dual chamber sump negative pressure system. Open pore foam was wrapped circumferentially around two, 16-French sump tubes.  One tube extended proximally and distally from the open pore foam to divert saliva and gastric secretions while the second tube applied negative pressure to the foam (Figure 1).  The placement of the device was performed after an intentional one centimeter defect was created across the esophagogastric anastomosis.  The endoluminal wound vac pressure was kept at 75mmHg for seven days.  After this time, the endoluminal device was removed and the pigs underwent fluoroscopy and subsequent necropsy to evaluate for presence and/or extent of anastomotic closure.

We conducted a non-randomized, controlled trial in a swine model to test the utilization of endoluminal negative pressure therapy in closing anastomotic leaks following an Ivor-Lewis esophagectomy.

Four pigs had the experimental endoluminal negative pressure device placed. All four experimental pigs had complete closure of the leak on postmortem fluoroscopy and necropsy.

A total of six pigs were placed into the control group where an intentional one centimeter defect was created at the esophagogastric anastomosis without any device placement.  Three pigs died within the first twenty-four hours, likely due to presumed cardiac arrhythmia or respiratory failure.   All six control pigs had a leak on fluoroscopy and necropsy.

With this study we have demonstrated that endoluminal negative pressure therapy is well-tolerated in a swine Ivor-Lewis model.  This therapy was successful in closing anastomotic defects in 100% of cases with a p-value 0.0048 using Fisher’s exact test including all six control pigs.  The p-value when using only the three control pigs that survived is still significant at 0.0286.  Despite the small population, the leak rate was significantly lower with use of the endoluminal device, which could possibly lead to decreased morbidity including decreased length of stay in the hospital.  Larger studies are warranted for additional evaluation, and safety and efficacy trials of this device in human clinical trials are warranted. 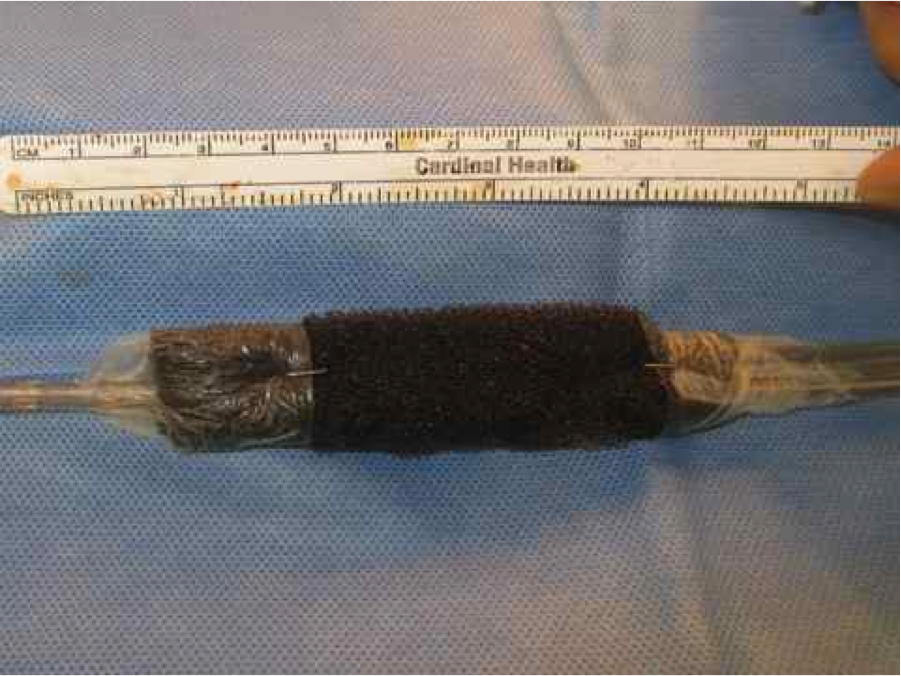 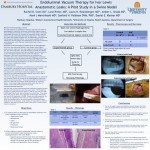