During laparoscopic cholecystectomy; cystic artery can be cauterized safely

Introduction: Gall stones disease is a common disorder affecting females of all ages especially in their forties, cholecystectomy usually performed laparoscopicly, the traditional procedure during laparoscopy is to ligate both cystic duct and cystic artery by clips. The gall bladder is removed with its duct ( cystic duct) close to its junction with the common bile duct, both cystic duct and cystic artery ligated by clips( less commonly by suture material), cystic artery cauterization carries risk of uncontrolled bleeding and possibility of thermal injury to the nearby structures especially thrombosis of the feeding vessel(most commonly right hepatic artery), finally the gall bladder dissected by monoploar diathermy and delivered through a 10 mm port at the epigastric region or around the umbilicus. The aim of this study is to proof the safety of cauterization of the cystic duct by monopolar diathermy instead of ligation.

Methods and procedure: This study is a prospective study, it included 50 patients who underwent laparoscopic cholecystectomy in Erbil Teaching Hospital in Erbil city(the capital city of Kurdistan Region of Iraq), in all of procedures the cystic artery were cauterized by monopolar diathermy, the coagulation power were set at 30-40 Wats, the artery cauterized in three points before cutting by cisors, these patients were followed by color Doppler ultrasound by a specialist sonographer for detecting the patency of both right and left hepatic arteries; in 15 patients the Doppler done at third postoperative day, in the other 35 patients Doppler done at 7-10th postoperative day.

Results: In all the 50 cases the cauterization of the cystic artery done without risk of bleeding from the stump, color Doppler ultrasound showed normal blood flow in both right and left hepatic arteries in all of the 50 cases, also no cases of common bile duct stricture were encountered.

Conclusion: cystic artery can be cauterized safely provided appropriate power setting of the monopolar diathermy done and cystic duct is not abnormally wide. 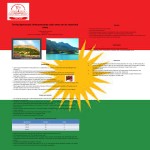