Background
Neoadjuvant radiation and chemoradiotherapy in rectal cancer reduces local recurrence. However, many authors report an increase in the rate of intraoperative and postoperative complications due to local effects generated by the radiation. The aim of this study is to assess whether these preoperative treatment increases the rate of morbidity in patients undergoing laparoscopic low anterior resection. 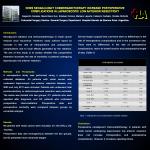