Objective
During laparoscopic surgery it is often necessary to retract tissue to expose the operative site. We propose a retraction device which will automate this process by detecting slip and modulating the necessary force to retain tissue within the jaws while reducing potential to cause trauma.

Method
Polyvinylidene fluoride (PVDF), a piezoelectric polymer, is under investigation for its suitability for use as a slip sensor in this application. This initial proof of concept study investigates the efficacy of using PVDF for this purpose. Commercial PVDF sensors were coated in a thin rubber to prevent short circuits, following which, the sensors were attached to a novel parallel occlusion tissue graspers, which applies uniform pressure to the tissue, obviating the high ‘pinch’ forces associated with conventional graspers. To determine if the signal from the slip sensor is reproducible and fit for purpose a pilot study was carried out by securing ex vivo pig bowel in the graspers and applying a load (1N, 2N) to the upper jaw. The tissue was retracted at a rate of 3mm/s until it had fallen from the graspers. The sensor voltage data were recorded and analysed to characterise ‘slip’ and ‘no slip’ conditions, ascertained by comparing the voltage-time gradient of the signal during ‘slip’ and ‘no slip’ events.

Preliminary Results
Initial results show that slip is easily detected using PVDF sensors attached to parallel occlusion grasper jaws when comparing slope gradients at both 1N (n=6, p <0.05) and 2N (n=6, p <0.05) applied forces, as shown in graph 1. Thus an increase in gradient of the slope beyond 0.1V/s is detected as slip.

PVDF is thus a viable option to detect slippage of tissue from the jaws of a grasper. When slip is detected by a closed-loop control system in a powered grasper, sufficient force can be automatically generated to stop the slippage of grasped tissue from the jaws. Such an active parallel occlusion device would autonomously grasp tissue while minimising the potential to cause trauma and its novel parallel occlusion mechanism is being developed as the next generation of smart for laparoscopic instruments. 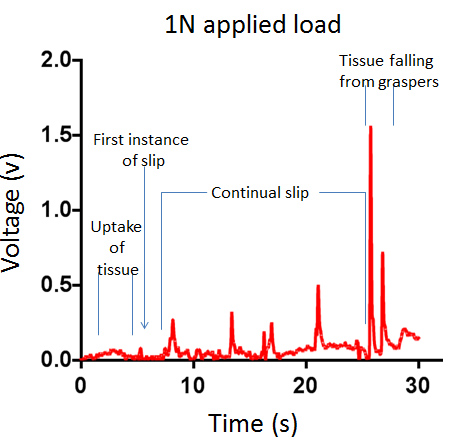 Fig 1: Sensor output when tissue slips from the grasper 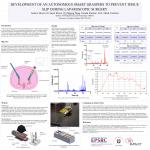