Methods: Data from 61 consecutive PD procedures performed between October 2010 and August 2012 were retrospectively reviewed. Among them, 18 patients underwent LPD, and 43 patients underwent OPD. These two groups were compared with each other. The primary end point was to compare the two groups in terms of postoperative DGE, including DGE rate and grading (DGE as defined by International Study Group of Pancreatic Surgery). Secondary outcomes were other complications and hospital stay. Continuous variables were compared by the Student’s t test and ANOVA, and categorical variables were compared using chi-square test, Fisher’s exact test or Mann-Whitney U test. Multivariate logistic regression model was used to identify the risk factors of DGE.

Conclusions: This study shows that the incidence of DGE does not appear to be effected by operative approach (laparoscopic vs open). Longer operative time, increased intraoperative blood loss and postoperative intraabdominal complications appear to be risk factors for DGE development. The laparoscopic approach to pancreaticoduodenectomy is safe and feasible, and outcomes appears comparable with those undergoing an open approach. 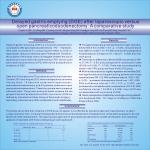