Obesity is a leading public health challenge. The laparoscopic Roux-en-Y gastric bypass (LRYGB) has emerged as an effective and durable treatment option. There is a learning curve associated with this advanced laparoscopic procedure. Previous studies indicate that this learning curve is within the range of 100 cases per surgeon. The aim of the current study is to describe the learning curve of LRYGB at a Bariatric Centre of Excellence by examining operative time and outcomes of three non-bariatric fellowship-trained advanced laparoscopic surgeons.

This retrospective cohort study employed a hospital-generated database that captured both elective and emergent bariatric procedures performed from November 16, 2009 to August 30th, 2013 at a single Ontario Bariatric Centre of Excellence. Patients who underwent an elective LRYGB by three non-bariatric fellowship-trained advanced laparoscopic surgeons were included in the study. Outcomes of interest included operative time and unexpected return to the operating room as captured in the database.

LRYGB is a technically demanding procedure with an appreciable learning curve. Results from this single-centre retrospective cohort study demonstrate that as experience with this advanced laparoscopic procedure increases, operative time amongst surgeons, as well as within the institution, decreases. While the unexpected return to the operating room of this Bariatric Centre of Excellence decreased following the initial 150 cases, this small cohort study would suggest that there is a trend to decreased return to the operating room amongst individual surgeons following the initial 100 cases. Additional studies are required to further elucidate this learning curve both amongst individual surgeons as well as at the level of the institution itself. 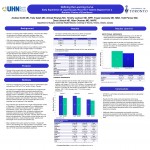