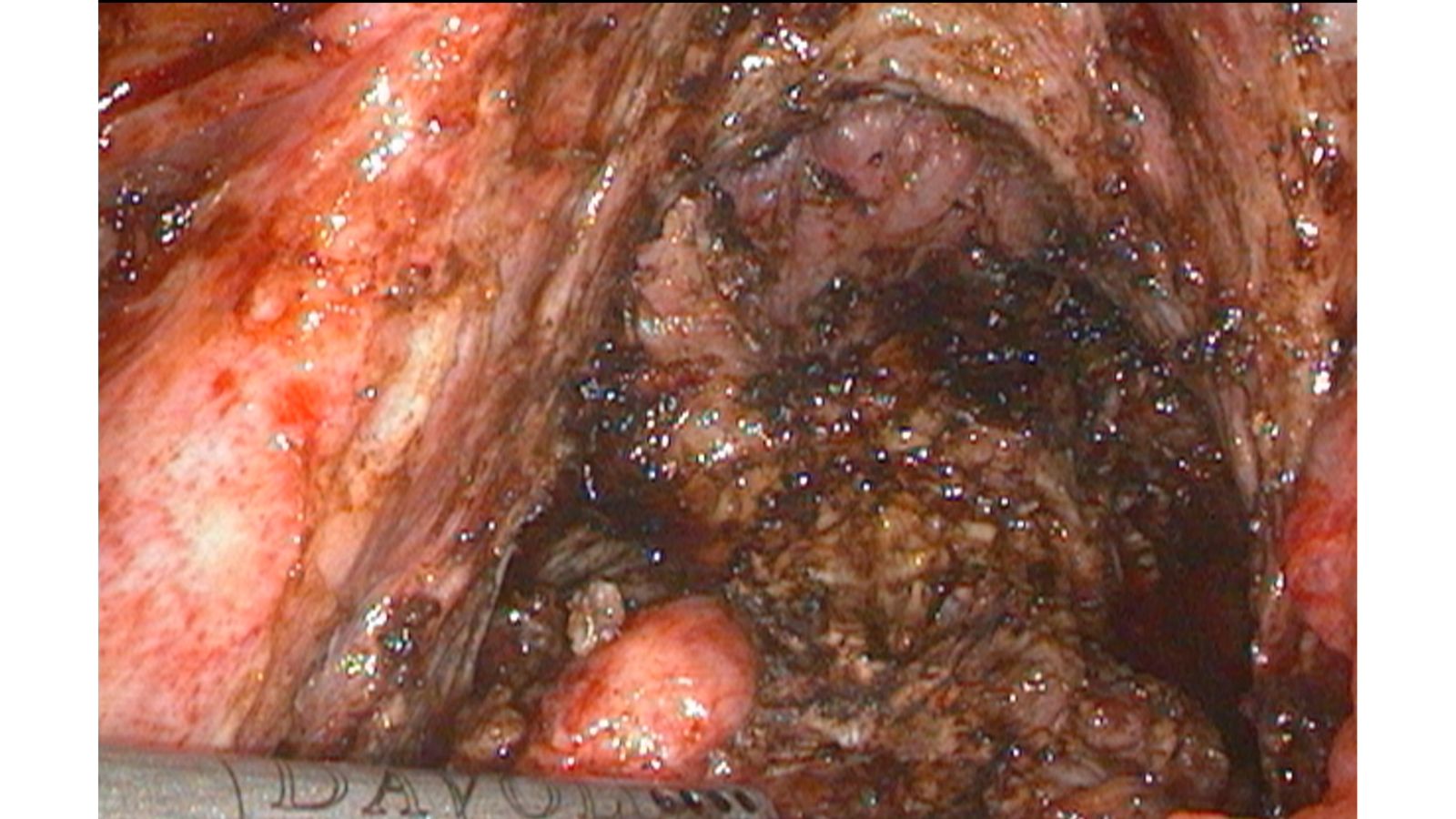 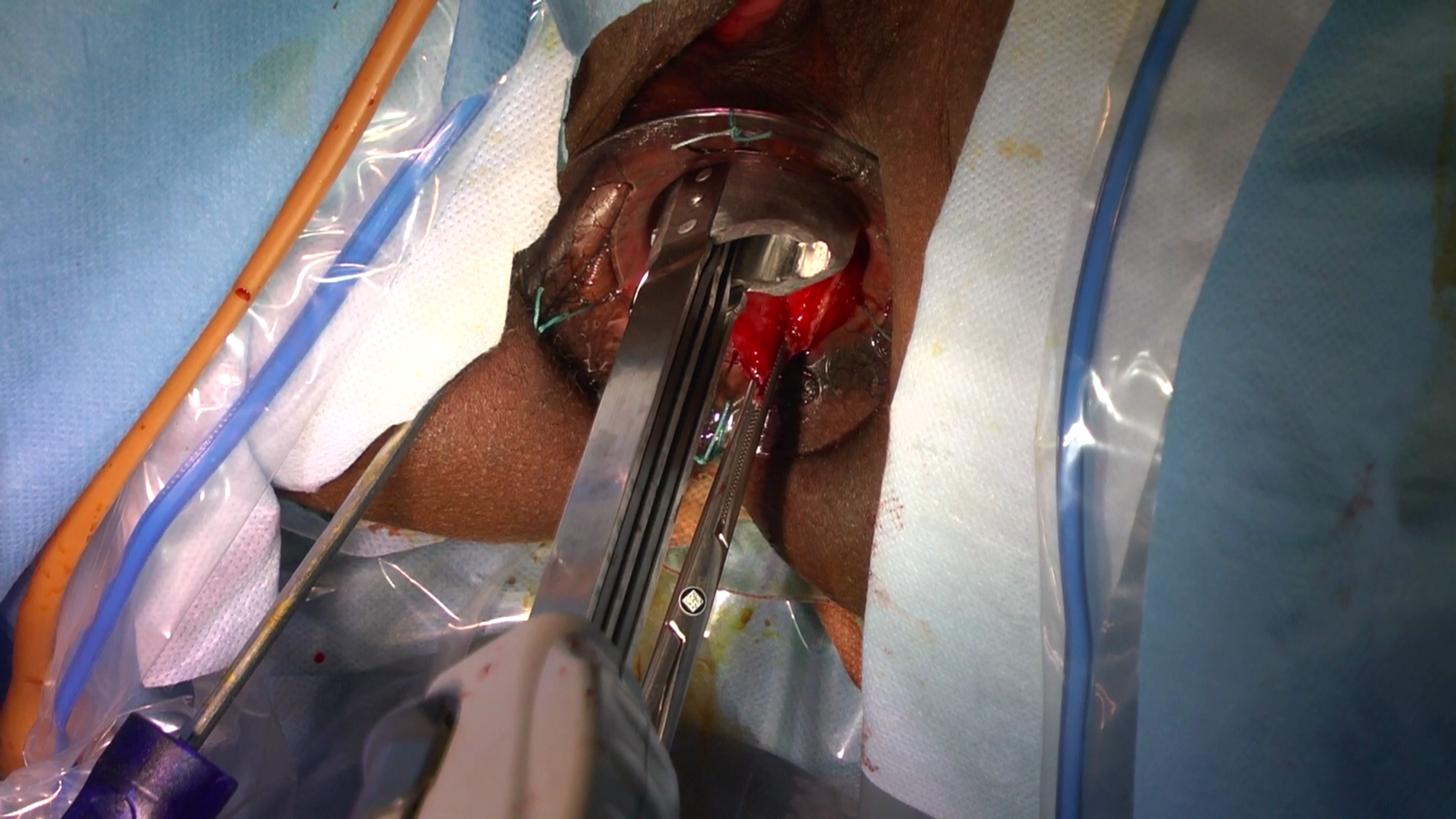 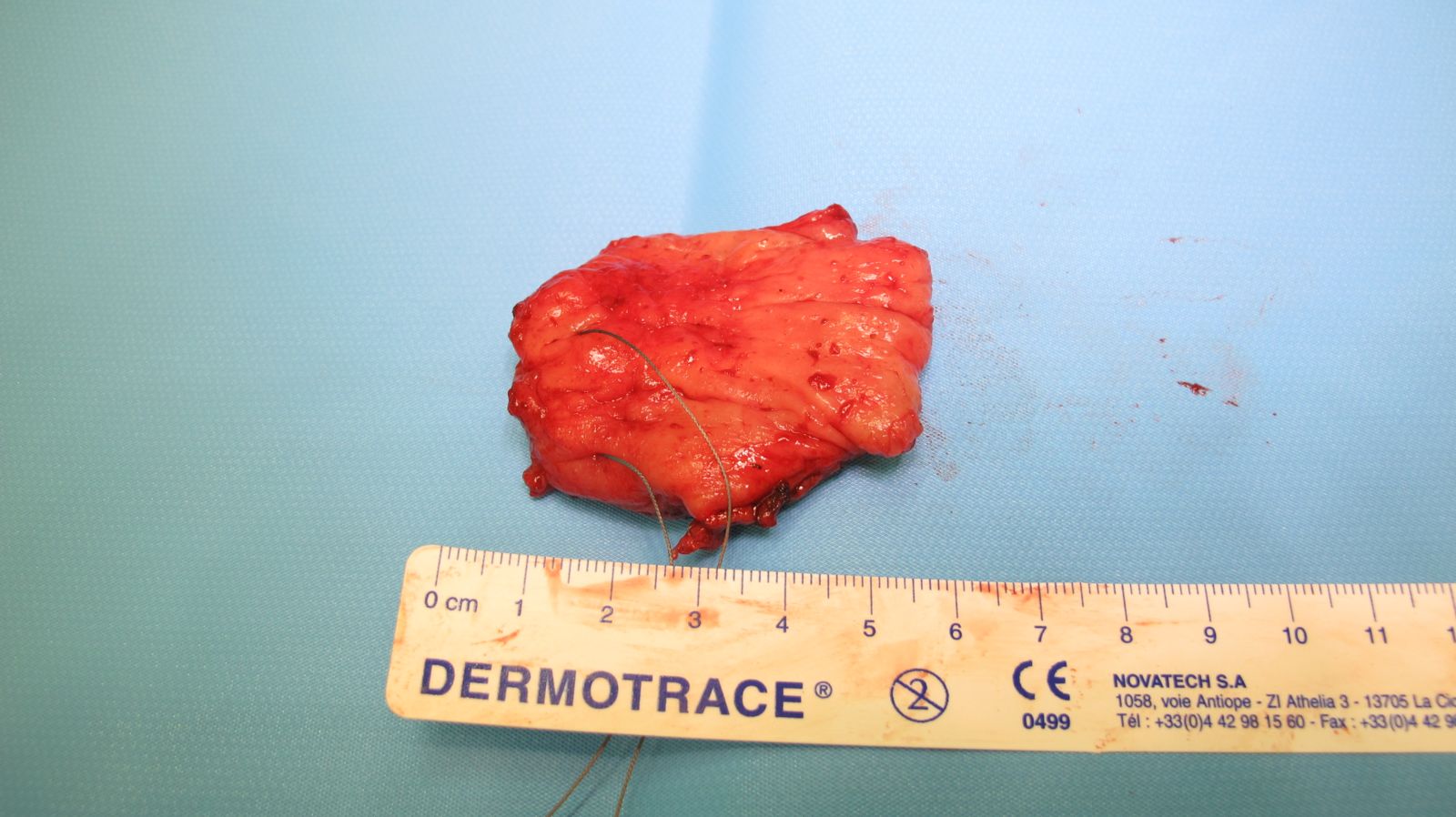 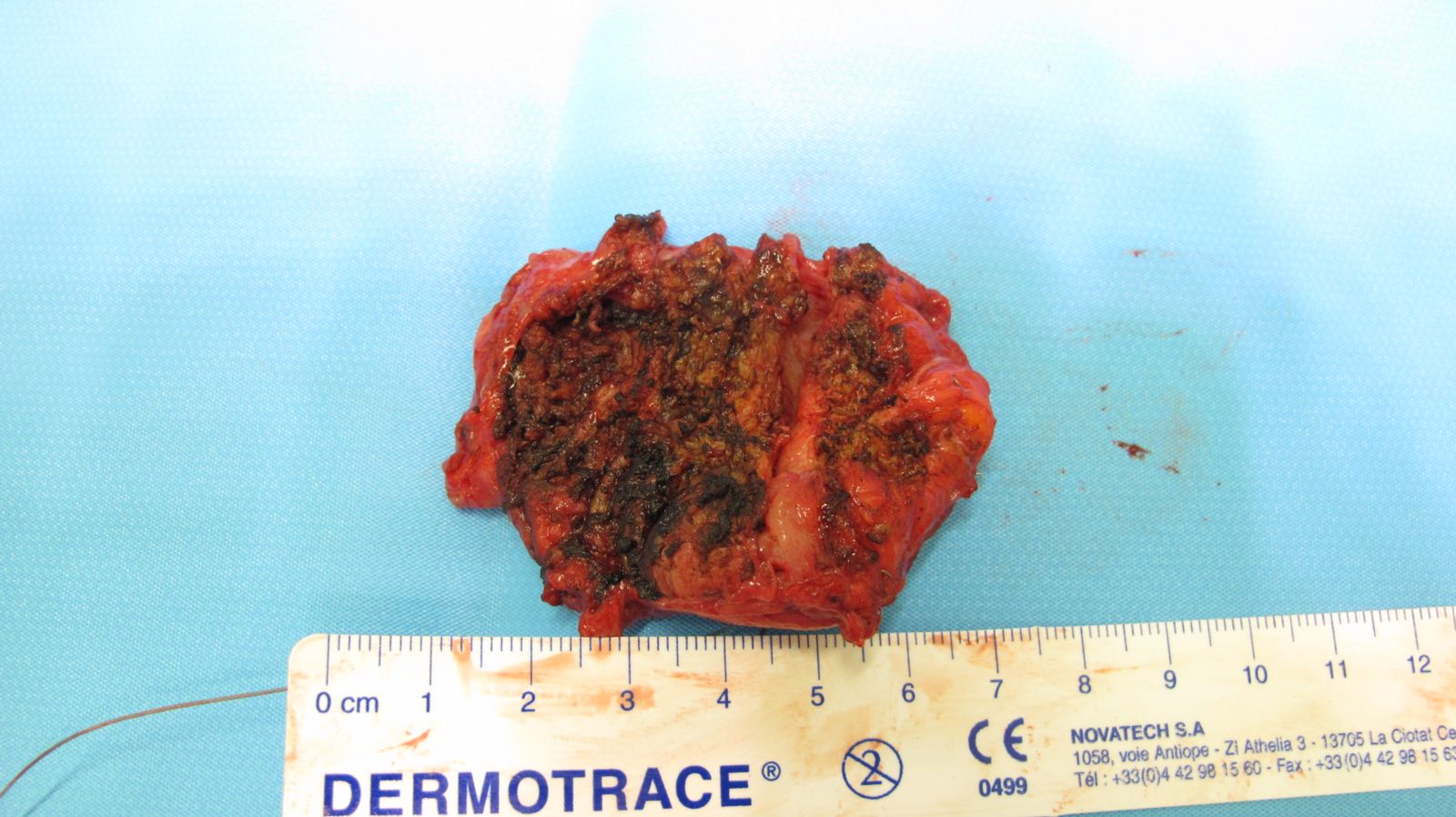 Study objective: In order to minimize the risk of unfavorable outcomes related to low colorectal resection of deep endometriosis in the lower and mid rectum, we routinely perform an original technique combining the deep rectal shaving using plasma energy and the transanal disc excision using the Contour Transtar stapler.

Method: The movie shows the main steps of this procedure performed in a 28 ys old nullipara referred with a large endometriotic nodule infiltrating the mid rectum on 30 mm and responsible for stenosis.

The first step of the procedure is represented by a deep rectal shaving performed using plasma energy. Both deep lateral-rectal spaces and rectovaginal septum located around the nodule are widely opened, and the nodule is detached from surrounding healthy tissues. The dissection is facilitated by the lack of lateral thermal spread around the jet of plasma and its kinetic energy which opens deep spaces with minimal bleeding. The nodule is detached from the rectum by directing the jet of plasma tangentially on the rectum wall. At the end of this first step of the shaving, the rectum is completely freed up but the shaved area is rigid and hollow and still infiltrated by endometriosis foci.

For that reason, we perform a second step of the shaving by in situ ablation of residual endometriotic foci of the shaved area, as described in a previous video article. In situ ablation renders the rectal wall supple and soft (Fig 1), and thus makes the transanal disc excision feasible.

Transanal excision is performed by the colorectal surgeon from rectal approach. He starts by placing three of four traction parachute sutures in the middle and outside the shaved area, and verifies that the stitches do not narrow the rectum. The traction of the stitches induces the prolaps of shaved rectal wall, that can now be resected using the Contour Transtar stapler. The lubricated head of the stapler is introduced in to 3 o’clock position, with the jaws faced counterclockwise (Fig 2). The device is then rotated and the shaved area gently pulled inside the jaws until normal surrounding rectal wall is seated within the jaws. A new stapler cartridge is replaced and the device reintroduced into the rectum. This step may be repeated two or three times until full thickness resection of the shaved area.

Results: Immediate postoperative outcomes were uneventful. Bowel movements were normal beginning with day 6. To date, this procedure was successfully carried out in 18 women with only favorable rectal functional outcomes.