Introduction : Laparoscopic resection for rectal cancer has been proven to be feasible and oncologically safe. However, it is a complex procedure and there are limitations with the current equipment and instruments. The surgical robotic system can overcome some of these limitations and facilitate the procedure. This study aimed to compare the short-term as well as oncologic outcomes of robotic rectal resection with laparoscopic resection.

Conclusions: In the treatment of mid to low rectal cancer, robotic-assisted approach is associated with a low conversion and a high sphincter preservation rate. It also offered better bladder function after the operation. The oncologic outcomes were similar to laparoscopic resection. 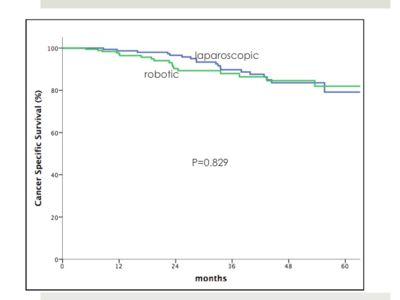