Results: There were a total of 20 patients, 10 in each study groups. Baseline characteristics were similar and there were no mortality in both gorups. Low-flow pancreatic fistula was the most seen morbidity which was ceased spontaneously in each group with a ratio of 30%. Operative time was significantly shorter in group 2 with a mean of 116 minutes versus 180 minutes, respectively (p<0.001). There were 1 conversion to open in group 2 due to peroperative bleeding. The median follow-up of the patients was 22 versus 56 months, respectively. Spleen was preserved in only one patient in gorup 1, whereas in group 2 spleen preservation was achieved in 5 patients.

Conclusion: Single incision laparoscopic technique is a safe and effective alternative to standard laparoscopic distal pancreatectomy. We believe that in tertiary centers where advanced laparoscopic procedures performed, minimal invasive techniques may be preferred over the conventional multiport laparoscopy technique. 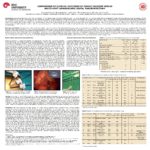