INTRODUCTION: With progress of surgical technique and devices, laparoscopic liver resection (LR) became a realizable option for patients with hepatocellular carcinoma (HCC). However, the feasibility of LR for HCC should be guaranteed also oncologically. In Japan, only partial resection and left lateral segmentectomy had been covered by the insurance system until recently. Herein, we evaluate the short and long term outcome of laparoscopic partial liver resection compared with open method (OR) for HCC patients by matched pair analysis.

METHODS AND PROCEDURES: Until March 2015, 15 consecutive HCC patients who underwent LR were compared in a retrospective analysis with a historic group of 45 patients who underwent OR. The two groups were well matched for age, gender, tumor location and size, and severity of cirrhosis. The selection criteria of HCC for both groups specified a small (size <5 cm), in the left or peripheral right segments of the liver (Couinaud’s segment: II-VI, VIII). 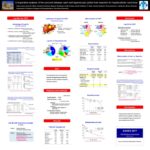