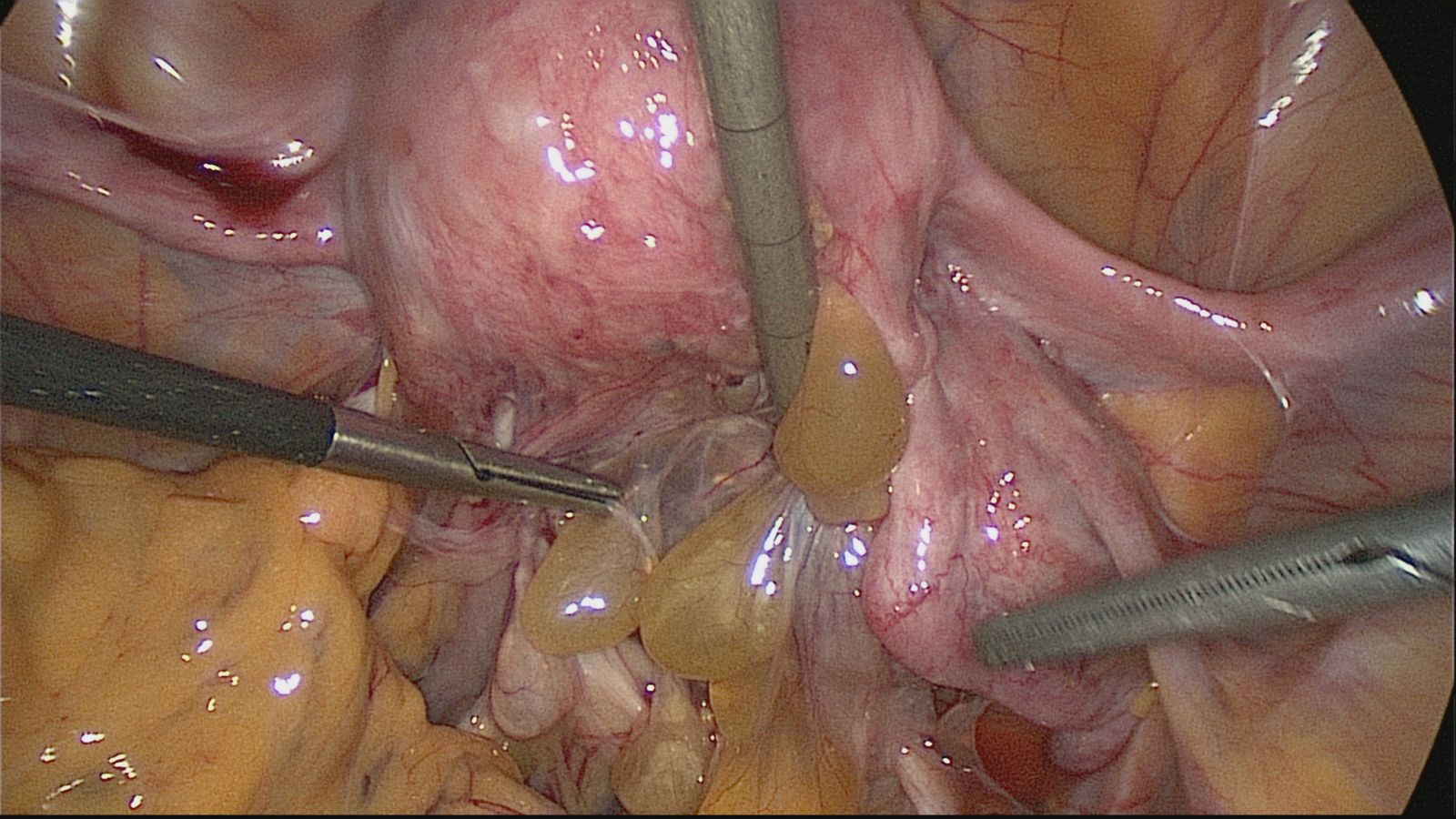 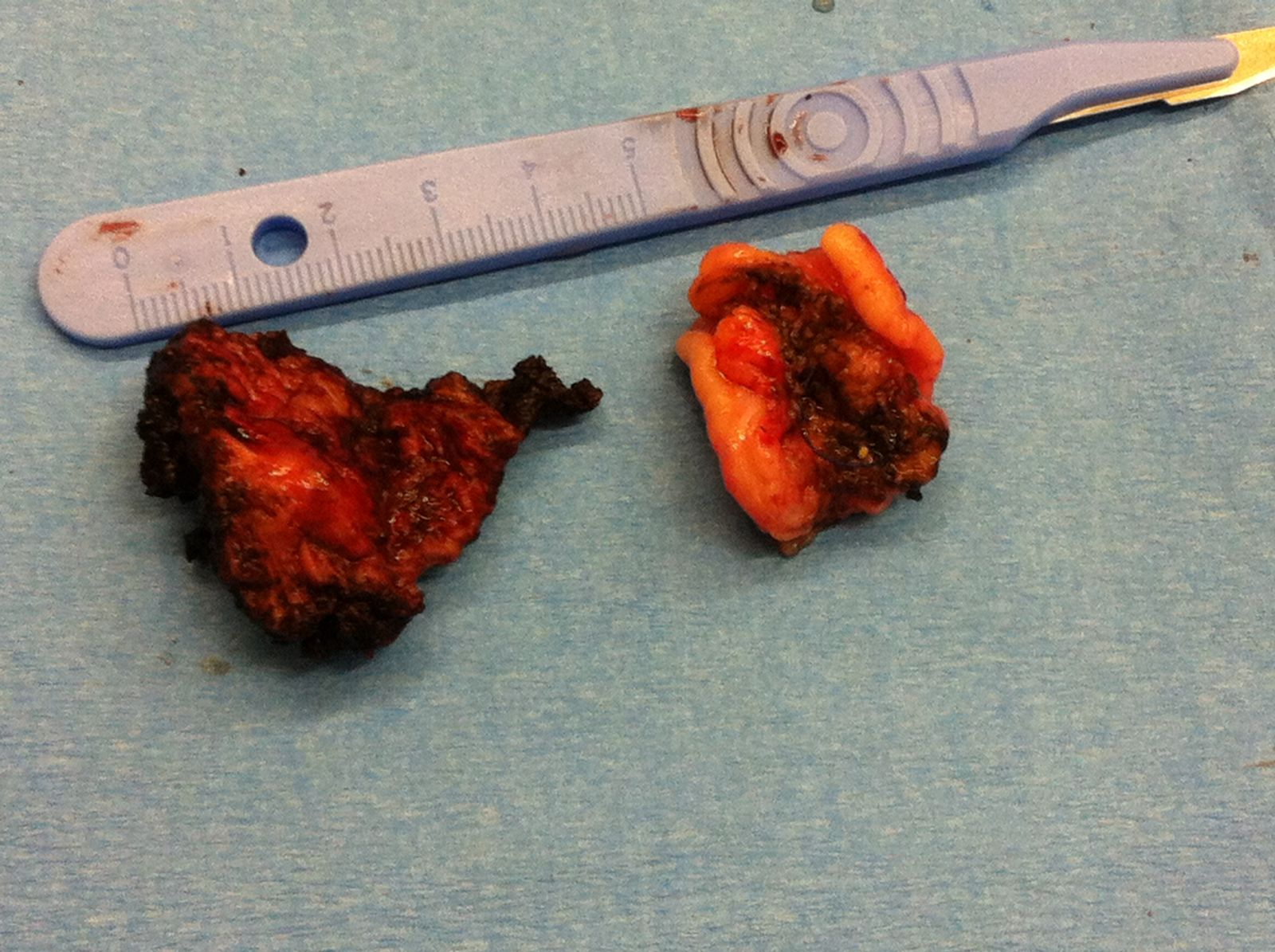 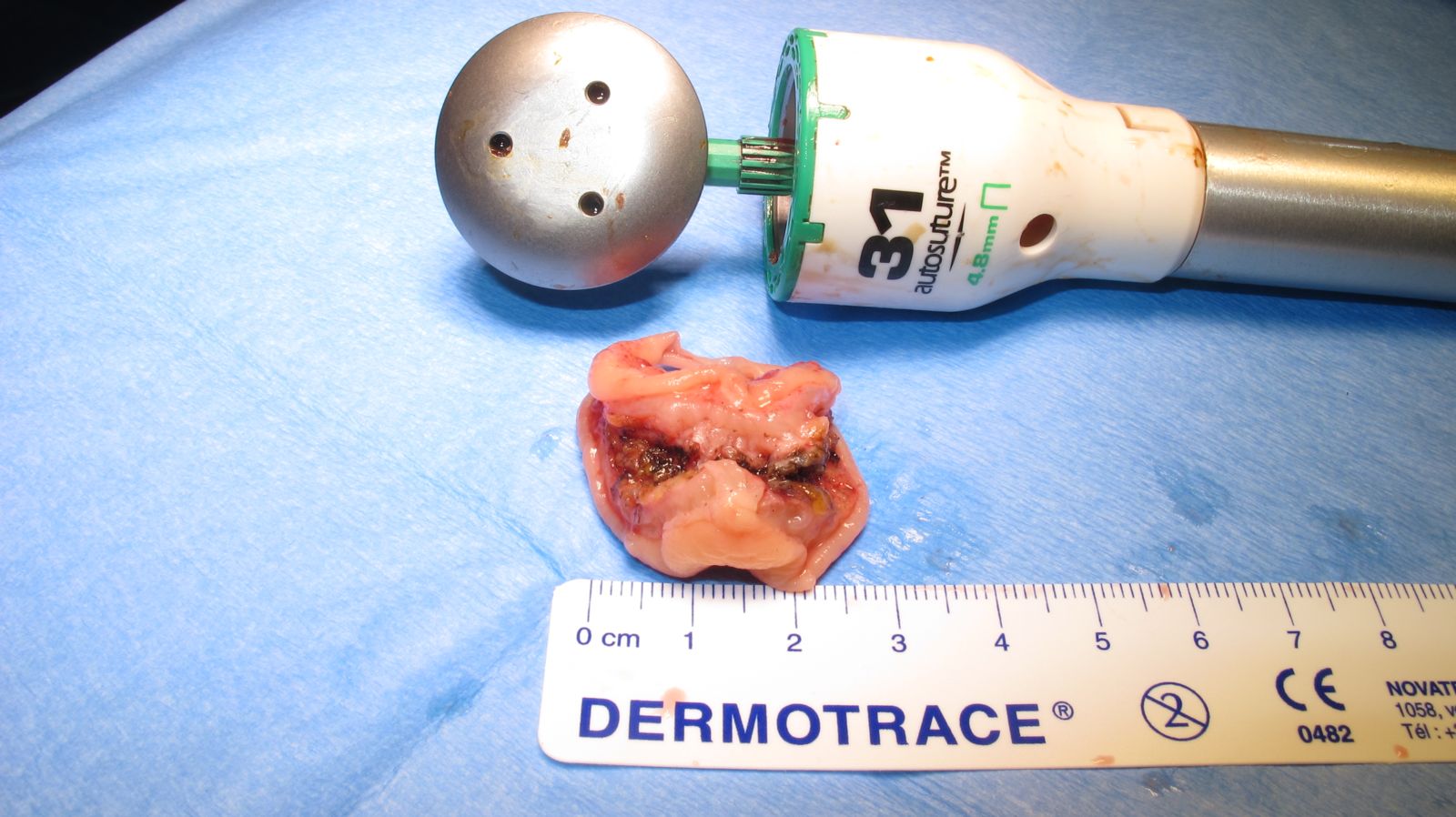 Intervention: The procedure was performed at Rouen University Hospital, in a 28 year-old nullipara referred with symptomatic stage 4 endometriosis, and a large endometriotic nodule infiltrating the whole posterior vaginal fornix and the anterolateral wall of the mid rectum (Fig 1). Infiltration of the vagina measured 40 mm-diameter and that of the rectum 20 mm in diameter. The first step of the procedure is performed vaginally using plasma energy and entails circular section of the vaginal fornix in close contact with the macroscopic limits of the mucosal involvement. Dissection is complete when fat rectovaginal and pararectal tissue is identified. Next, laparoscopic rectal shaving is performed using plasma energy only, allowing detachment of the nodule from the rectum. The nodule is resected following vaginal incision performed during the first step (Fig 2). Then, disc excision of the shaved rectal area is performed with transanal approach by the colorectal surgeon using an end- to- end anastomosis circular stapler (Fig 2,3). Surgical technique reports in anonymous patients are exempted from ethical approval by the IRB. The patient gave consent for use of the video in the article.

Results: In this patient, immediate postoperative outcomes were uneventful, and bowel movements were normal beginning at day 4. A combination of three different routes and the use of a tool with no lateral thermal spread may allow for more conservative surgery and increase the chances of favourable postoperative rectal and bladder functional outcomes. To date, the technique was performed in 12 patients with similar stage of the disease, with only favorable digestive and urinary outcomes.

Conclusions: The combined triple approach is feasible in rectal endometriosis responsible for large vaginal involvement and may reduce the risk of unfavorable outcomes related to colorectal resection and excessive vaginal excision.