Bariatric tourism is a recognized phenomenon, as many patients chose to undergo bariatric surgery abroad. Less expenses drive this rising market, rather than lower complication rates. The aim of this study is to determine the variation of charges, mortality, and length of stay (LOS) in bariatric surgery on a national level. 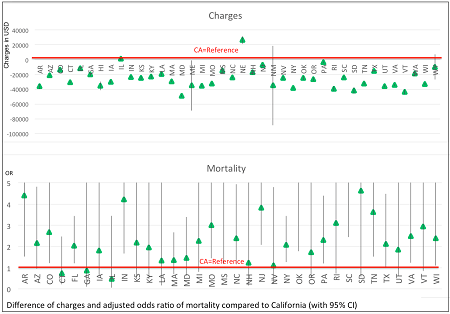 Patients undergoing bariatric surgery in the U.S. are subject to highly variable hospital charges, with differences in mortality and LOS across states. There are trade-offs between expenses and outcomes within the U.S., and thus, caution should be exercised when engaging in bariatric tourism for monetary reasons.