Adjustable gastric banding has shown to be an effective modality for the treatment of morbid obesity and its co-morbidities with demonstrated long-term weight loss (Saber and El-Ghazaly, 2009). With progression of minimally invasive surgery (MIS), single incision laparoscopic surgery (SILS) has also shown to be successful in procedures such as cholecystectomy (Joseph et al., 2009). A retrospective review of the data, in a single institution, was performed to compare adjustable gastric banding via the innovative approach of SILS versus standard laparoscopic placement (multi port).

As demonstrated, SILS is a safe approach to gastric banding with acceptable operative times. It can be argued that, the reviewed complications in the SILS group were related to variables beyond procedure type. 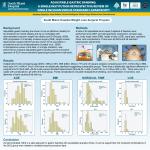