Methods: Ten senior surgeons, experienced in laparoscopic surgery (>1000 Laparoscopic Procedures) were required to assess and mark randomly assigned lengths of small bowel (range 25-197cm) in both laparoscopic and open approaches using color coded vessel loops (Figure 1) in an in- vivo porcine model. The marked distances were later measured by the researchers with surgical tape measure, and actual distances were compared to the pre-assigned distances. Means of measurements and differences were calculated for the laparoscopic and open phases. Bland-Altman plots and one sample t­-tests were performed using the Statistics Package for Social Studies (IBM SPSS Statistics Ver.20). This study was approved by the regional animal bioethics committee.

In the laparotomy phase, the mean difference and standard deviation were lower (1.5cm±SD 15cm) and not statistically significant (P =0.7) as shown in Figure 3. 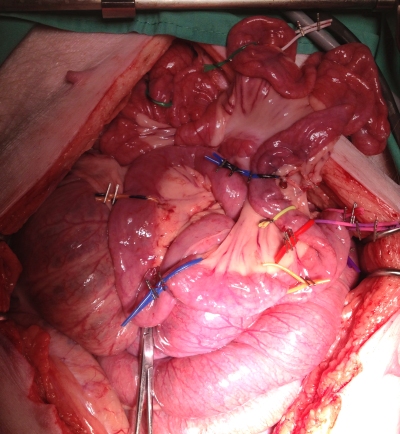 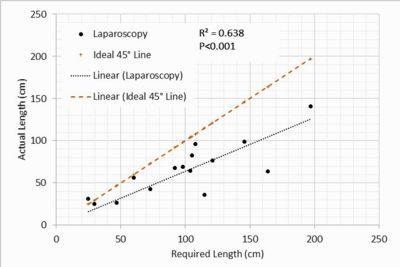 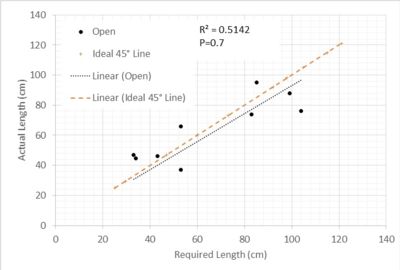