Objective of the Device

This work presents the design of a novel insertable robotic capsule camera system for single incision laparoscopic surgery. This design features a unified mechanism for anchoring, navigating, and rotating a fully insertable camera by externally generated rotational magnetic field. As illustrated in Figure 1, the external stator generates anchoring and rotational magnetic field to control the motion of the insertable robotic capsule camera. The insertable camera body, which has no active locomotion mechanism on-board, is capsulated in a one-piece housing with two ring-shaped tail-end magnets and one cylindrical central magnet embedded on-board as a rotor. 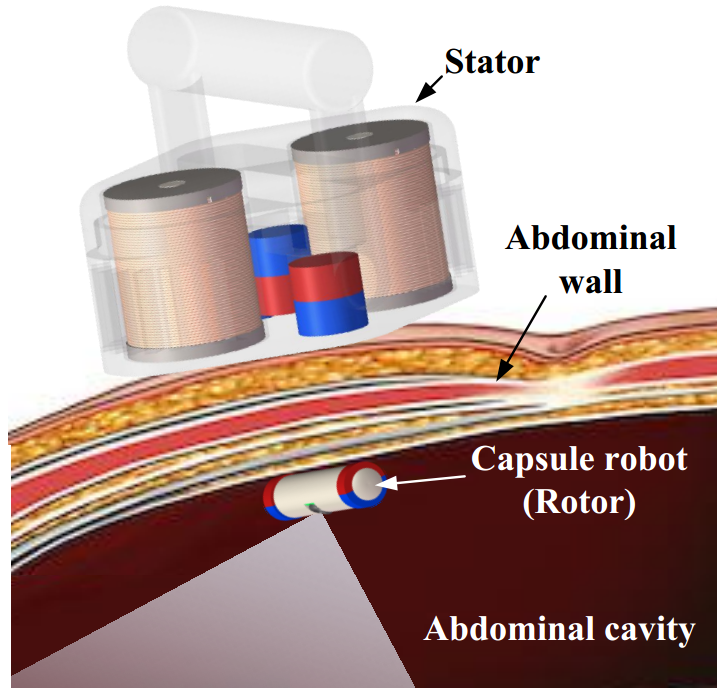 Figure 2 shows the working procedure of the capsule robot. The robot (A1) is inserted into the patient's abdominal cavity via a trocar, and fixed against the abdominal wall at position (A2) by a stator (A3). A surgeon (D) sends robot pose information with a user interface to the current control system (E). (E) activates the coils for a desired rotational motion. The robot (A2) sends imaging information and robot pose information to display terminal (C) and (E) respectively in real time through the wireless communication module (B).

The working principles of this design is illustrated in Figure 2 (A). The system is designed to enable navigation, orientation, in addition to the compensation of the gravity of the camera. The orientation control consists of pan motion control and tilt motion control. A spinning motion of the stator along ZS can actuate the pan motion of the robot by coupling the magnetic field of the rotor and the stator. By activating the coils, the robot can tilt along XI. The navigation control of the robot is provided by moving stator along the dermal surface with the attractive forces. 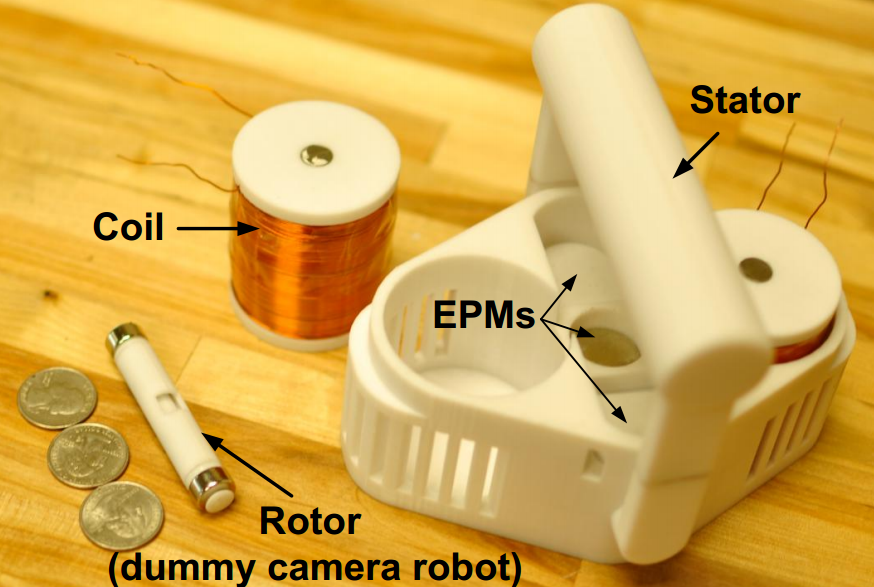 Figure 3 shows the prototype of the capsule robot. The initial prototype results in a compact insertable camera robot with a 12.7 mm diameter and a 68 mm length.

In this work, a novel fully insertable laparoscopic capsule robot is presented. The experiments shows that the system provide reliable anchoring, translation, 360° continuous pan motion, and tilt motion with at least a 72° maximum angle under 20~40 mm abdominal wall thicknesses. Pan and tilt motion can be simultaneously controlled in a decoupled way, which enables a flexible motion control to illuminate and visualize a target surgical area.