A Novel Fully Endoscopic, Endoluminal Gastric Bypass for the Treatment of Morbid Obesity

OBJECTIVE: As an alternative to traditional bariatric surgery, our goal was to create an entirely endoscopic method for the successful treatment of morbid obesity. We’ve developed a fully endoscopic, endoluminal gastric bypass surgery using an endoscopically placed prosthetic sleeve. The objective of this study is to evaluate the safety and feasibility of this technology.

DESCRIPTION: The endoscopic gastric bypass device consists of a 2-step procedure, the first of which is the fully endoscopic placement of a proximal polyester cuff that is sutured, using a novel endoluminal suturing platform (figures 1 and 2).  The second step is the attachment of a 100cm polyurethane sleeve that passes through the stomach, duodenum and into the proximal jejunum, which acts as a non-absorptive bypass.

Following placement of the endoscopic gastric bypass device 2cm above the GE junction. The patient is admitted overnight for observation and a barium swallow study is performed prior to discharge.

A liquid diet is maintained for two weeks then transitioned to soft diet while the cuff integrates into the esophagus. A second endoscopic procedure is then performed under anesthesia for attachment of the 100cm sleeve onto the cuff. The sleeve is unfolded and natural peristalsis assists distal placement of the device in the jejunum.

An IRB approved case series was performed at a single-center.  Inclusion criteria were standard bariatric patient, eligible for surgery.  Patients were excluded if prior anti-reflux surgery had been attempted. Endpoints included success of device placement, complications, and post-operative symptoms. 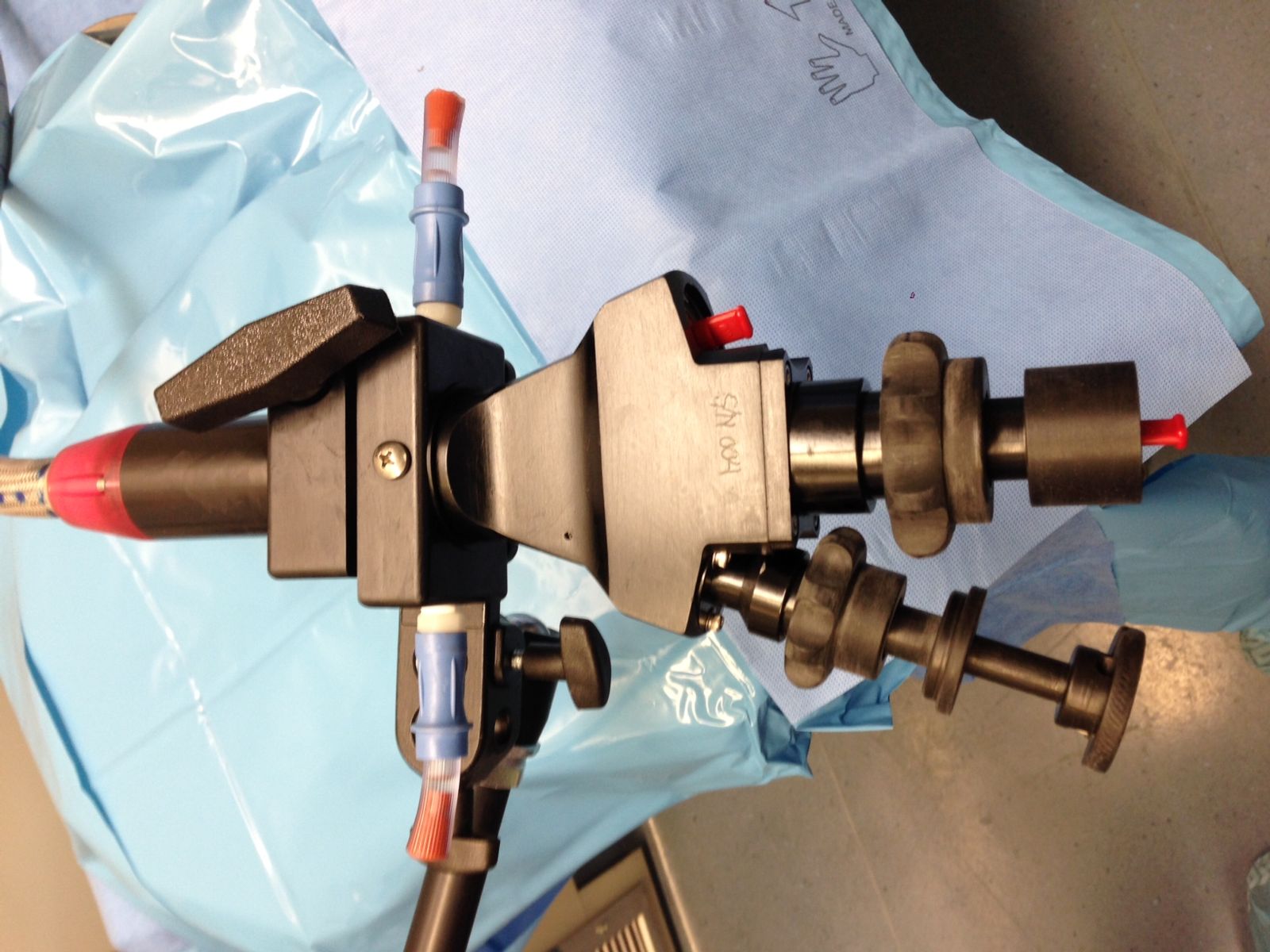 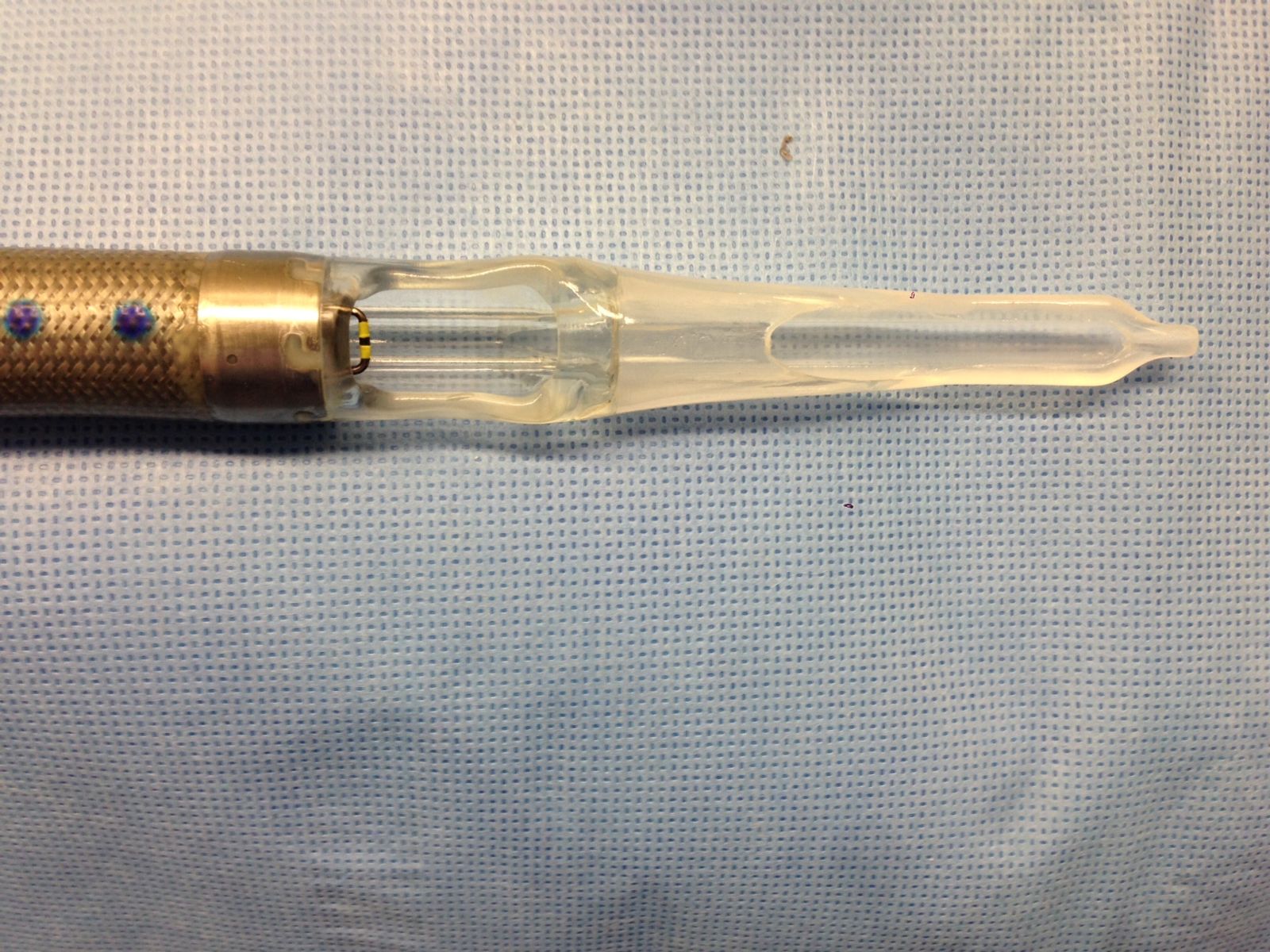 RESULTS: The first three patients were female, ages 31, 35 and 39 years old, and had body mass indices of 35.6, 36, and 36.6 kg/m2, respectively.  Proximal cuff placement was performed with zero complications.  Patients were tolerating a liquid diet and transitioned to soft mechanical and one and two weeks follow-up.  The 3 patients then underwent the second step of the procedure at 4-6 weeks.  This was completed endoscopically, under anesthesia, and the 3 patients were discharged home the same day.  Patients denied any adverse symptoms including dysphagia, odynophagia, nausea, or vomiting during follow-up.

CONCLUSIONS/FUTURE DIRECTIONS: Our study demonstrated the safety and feasibility of this endoluminal, endoscopic gastric bypass device.  Future directions include a pivotal, multicenter trial in the United States.