Digestive tract reconstruction after totally laparoscopic total gastrectomy has always been a challenge for surgeons. Roux-en-Y (R-Y) anastomosis has commonly been used more recently. However, postoperative reflux disease and anastomotic leakage are the main problems for patients after R-Y anastomosis. Although some new reconstruction techniques, such as double-tract reconstruction and Functional jejunal interposition (FJI), were developed to reduce the incidence of these postoperative complications, the results have not been satisfactory. Jejunal Pouch-Esophageal Anti-reflux Anastomosis (JPEAA) was developed to reduce the rates of reflux and anastomotic leakage after totally laparoscopic total gastrectomy.  We performed this procedure in 5 patients with gastric cancer and after 6-months follow-up; there have been no instances of anastomotic leakage or postoperative reflux disease. This manuscript describes a novel technique for jejunal pouch creation during laparoscopic total gastrectomy, facilitating a laparoscopic esophagojejunal pouch anastomosis and creating an anti-reflux fix to reduce symptoms. 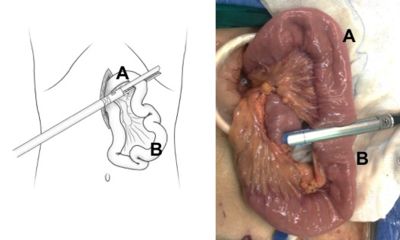 Figure 1. The small intestine is divided into two “limbs” approximately 20 cm distal to Treitz's Ligament, the biliopancreatic limb(A) and the Pouch limb(B). 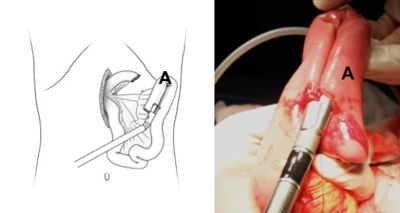 Figure 2. We used a linear stapler to do a side-side anastomosis to make the jejunal pouch(A).

Figure 3. Side-side anastomosis was made between the proximal (A) and distal jejunum (B) by a linear stapler. Then, we used the 3-0 suture to close the entry hole.

Figure 4. The linear stapler was used to make a side-side anastomosis between the esophagus(A) and the jejunal pouch(B).

Figure 5. Knotless tissue control device was used to close the entry hole between the esophagus(A) and the jejunal pouch(B).

Figure 6. We used a 3-0 suture to attach the two sides of the jejunal-pouch together to make the anti-reflux fix(A). 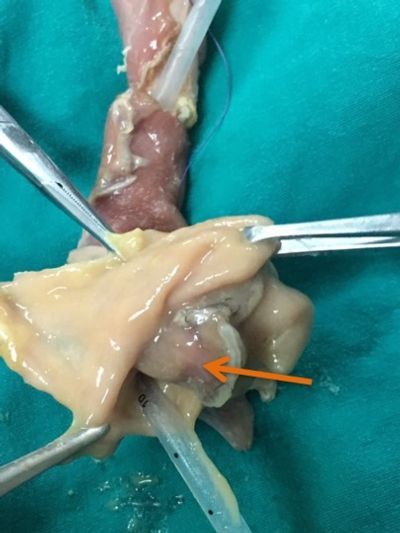 Figure 7. The papillary-like structure(as the arrow showed) was formed by this JPEAA to control the reflux.